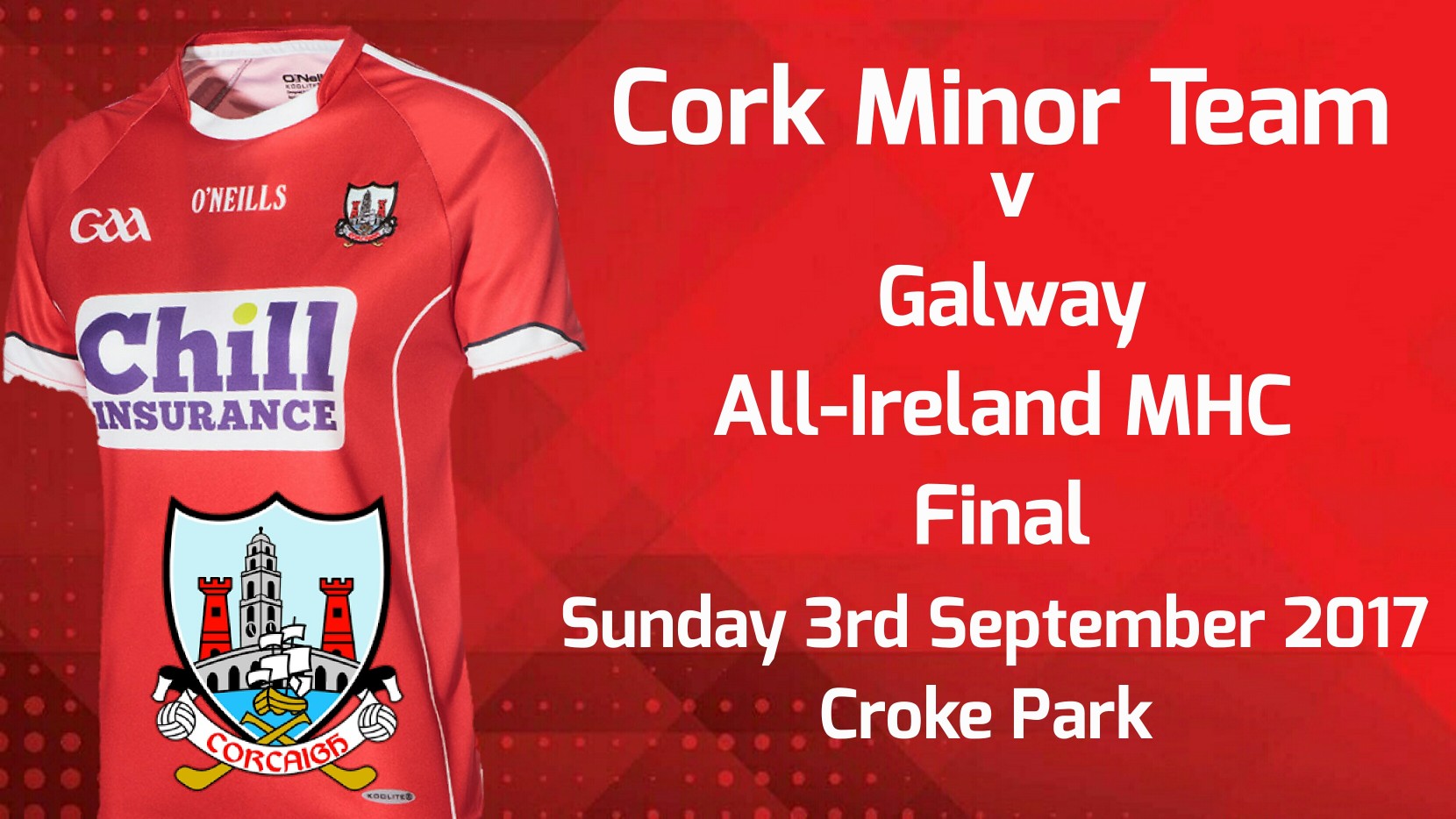 The Cork Minor Hurling team to play Galway in the All-Ireland Minor Hurling Championship Final next Sunday 3rd September in Croke Park @ 1.15pm has been announced as follows.

Significant hope has been attached to this current Cork crop throughout the year.

Cork are developing talented teams in the underage ranks with the future appearing bright.

Jeffrey Lynskey’s Galway finished strongly to defeat Kilkenny at the penultimate stage for a noteworthy win.

Ultimately it means that this Sunday’s decider promises to be an extremely interesting encounter.

Dublin were rugged during a tight Semi-Final tussle against Cork as Brian Turnbull registered 13 points.

Midfielder Daire Connery is another highly promising Cork youngster and Galway will need to restrict his influence.

Brian Roche and Connery have forged a solid midfield partnership for an in form Cork outfit, but Galway have proven to be resilient so far.

Donal Mannion and Enda Fahy made important impacts from the bench in that game too as Galway advanced to the decider.

How Cork cope with Galway’s attacking unit will be another key factor in this tie.

Two innovative managers, Denis Ring and Lynskey, are keen to produce talented hurlers and they are carrying that task out impressively.

Since 1992 Galway have gleaned nine All Ireland minor titles confirming the diligent work that is being carried out in the underage ranks.

Cork’s last minor success occurred in 2001, but their recent All Ireland Under 17 triumph offers serious encouragement.

Galway were efficient when outfoxing Clare and Kilkenny, but they will be fully aware of Cork’s pedigree and potential.