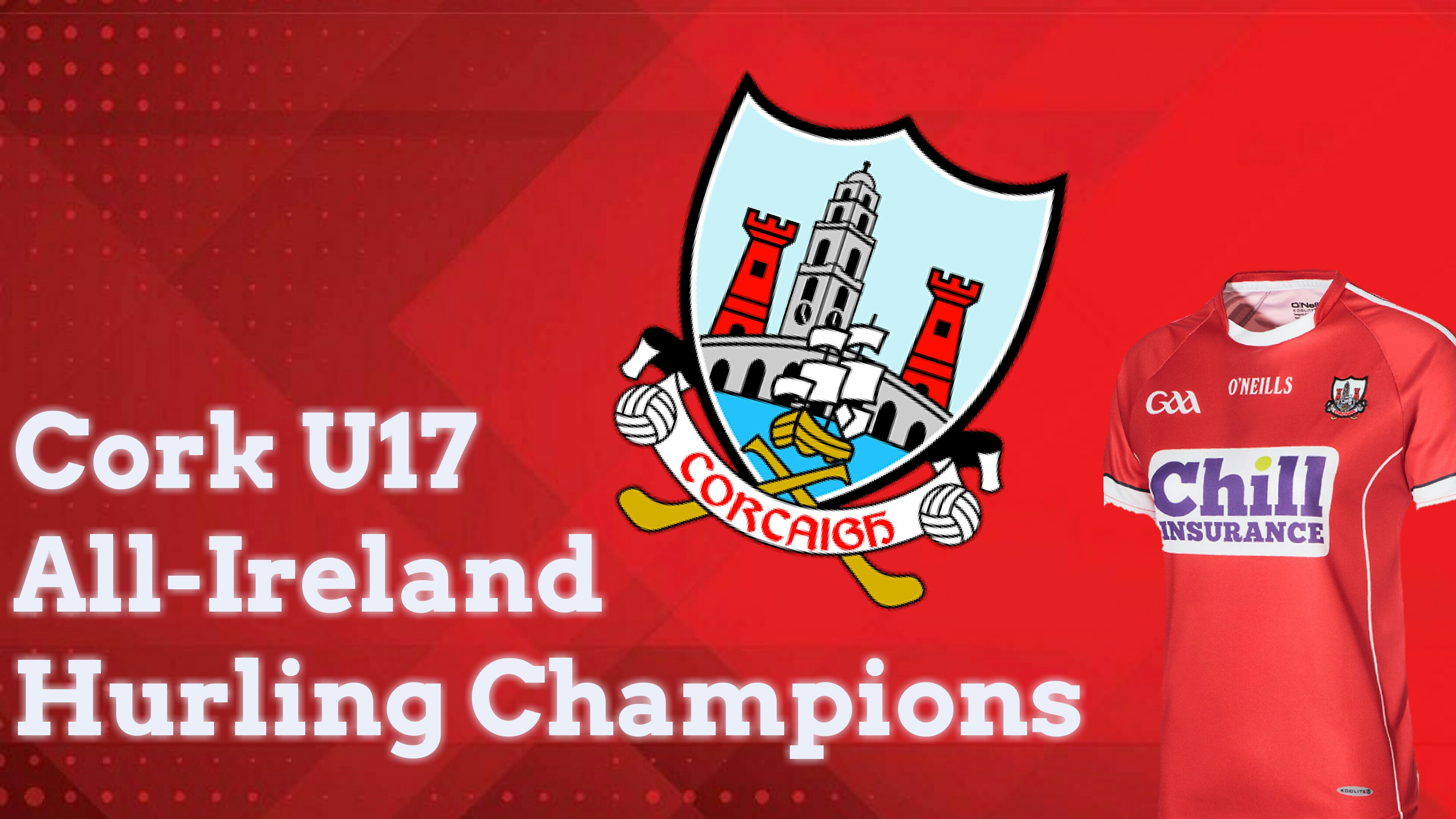 Congratulations to the Cork U17 team who defeated Dublin by two points today in the All-Ireland U17 hurling final at Croke Park.

By Jackie Cahill at Croke Park

The Rebels held out for a two-point victory against a Dublin side reduced to 14 players in the second half, when midfielder Tom Aherne was dismissed in the 42nd minute for a second bookable offence.

Fintan Clandillon’s Sky Blues worked incredibly hard and gave it everything but Cork, with a healthy sprinkling of minor stars who’ll be back at Croke Park next Sunday for an All-Ireland semi-final, managed to keep them at arm’s length.

Dublin will rue Aherne’s red card, while goalkeeper Eddie Gibbons, who netted a first half penalty, sent another one hurtling over the crossbar in the 37th minute.

When Aherne was sent off, Dublin were two points down, before John Considine’s Cork stretched the gap to three points.

On four more occasions before the finish, Cork led by three and while Dublin did get within one, with eight minutes left, they could never draw level.

Dublin opened better and stormed into an early 0-4 to 0-1 lead, Tom Aherne, Billy Ryan, Liam Murphy (free) and Kevin Kirwan all on target in an unanswered spell, after Blake Murphy had put Cork ahead with a superb opening score.

But Cork worked their way back to level at 0-5 each by the 14th minute, with minor panellists Daire Connery, Colin O’Brien (scorer of 1-10 in the U17 semi-final victory over Galway) and Declan Hanlon leading the charge.

Dublin struck for goal in the 20th minute, as Gibbons slammed home a superb penalty after Kirwan was fouled.

That score put Dublin 1-6 to 0-6 clear and the lead moved out to four points when captain Mark Grogan landed a score.

But Cork hit 1-3 without reply between the 24th and 29th minutes to gain the whip hand, the goal coming from full-forward Joe Stack in the 28th minute.

Blake Murphy registered his second point for Cork to move the young Rebels 1-9 to 1-7 in front, before Liam Murphy’s third free of the half kept Dublin in touch at the break.

Early in the second period, the sides were level twice, at 1-10 and 1-11 apiece, but there was a feeling that Cork were turning the screw, even before Aherne picked up that second yellow card.

After Liam Murphy was hauled down by Cork goalkeeper Eoin Davis, Gibbons had that second penalty chance but his effort cleared the crossbar.

Cork managed to hold firm in a tense finish, as sub Owen McCarthy came off the bench to score two crucial points.

The counties will meet again next Sunday at Croke Park – with a place in the Electric Ireland All-Ireland Minor Hurling Final on offer for the winners.